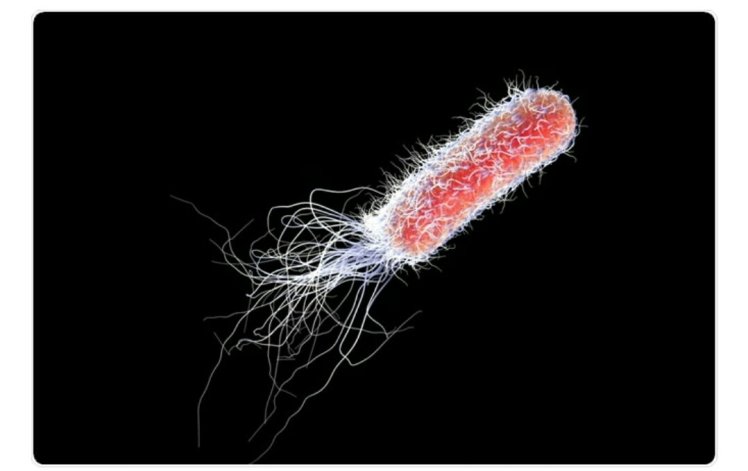 Across all species, directed movement is essential for nutrient acquisition, energy harvesting, and the avoidance of danger or sources of stress. Organisms have evolved specific means of locomotion that are complementary to the environmental conditions that they live in. For example, air, land, and water have enabled the evolution of distinct locomotive methods: namely flying, running, and swimming, respectively.
The simplest example of motility is the movement of microorganisms through an aqueous environment. Intuitively, movement conferred a selective advantage to those organisms as the acquisition of resources (light and nutrients) could be optimized. This article will focus on the role of helical surface-attached appendages known as flagella or cilia, that are present on many eukaryotic cells.

While flagella and cilia are structurally identical, they can be distinguished by their length, density, and motility patterns. Whilst flagella feature predominantly on prokaryotic cells, numerous other species possess specialized cells that employ cilia to displace themselves across space.

Examples of cilia in action range from the unicellular spermatozoa, which oscillate their flagellum to propel themselves through fluid, and a complex cilia-based motion in the brain, which spatiotemporally regulates a complex network of distribution channels in the brain allowing for directed and controlled transport of substances through the ventricles.

The cilia play an instrumental role in the trachea where the beating motion, together with the overlying mucosa, clear the airways of obstruction. Collectively, they can move mucosa over several centimeters in a short time. Despite their diverse functions and contexts, the coordination of ciliary movement patterns is united by a common mechanism.

Microalgae are a model system that enable the structural biology and fluid physics of ciliary flow to be investigated. Their incidence in several diverse ecological niches have evolved microalgae that demonstrate a variety of sizes, flagellar distribution and movement mechanisms. Each of their means of distinct ciliary movement patterns are derived from two distinct physical mechanisms. This article will discuss how data from specific species have informed our understanding of cilia/ flagella dynamics.

Swimming Movements with Cilia and Flagella

Microorganisms of micron diameters experience a distinct set of micro-environmental effects that differ from that of larger multicellular organisms such as fish. Consequently, they must utilize different means of movement, namely those that use the force of drag.

The movement of organisms using cilia experience no net forces and hence their movement is determined by shape. Most ciliary propelled organisms are slender, which changes the drag forces along the body (anisotropy). In addition, these microorganisms create bending movements in their cilium in a stroke-like manner.

The stroke is subdivided into two parts: the power stroke, which is at a right angle to the direction of motion, and the recovery stroke, which occurs in the direction of motion. The components that generate these movements are called dyneins, named according to the Greek word for ‘force’. Dyneins extend into the central strand of the cilium/flagellum called the axoneme. The beating motions are regulated by intra- and extra-cellular changes that can be thought of as ‘modes’ that govern the pace and sequence of strokes.

The centrioles are another component of the flagellar apparatus. They are attached to the cilium and have been studied across several species. For example, the alga C. reinhardtii, from which a significant understanding of cilia and flagella is derived.

Centrioles also feature in a different cellular context: the centrosomes, which organize the spindles to allow for chromosomal segregation and regulate cytokinesis. Their duplication is dependent on the cell cycle, and they are subsequently subject to tight regulation. Once centrioles have matured, they become basal bodies, and it is these structures that provide a template for cilia.

Eukaryotic centrioles and basal bodies are arranged to produce a cylindrical structure comprised of a triple bundle of microtubules, paired and attached as doublets, to the axoneme. In C. reinhardtii,an additional two centriole are present at the center of the cylindrical structure of nine-fold symmetry. Together with the doublets a ‘9+2’ arrangement results, describing the presence of two central microtubules, about which nine doublets are arranged.

In Eukaryotes, the basal bodies with this ‘9+2’ arrangement are the earliest ancestor common to unicellular eukaryotes. The outer doublets are linked to several thousand ‘motor machines’, dyneins, as well as other regulatory components. The generation of the beating originates from activities produced by several different forms (isoforms) of dynein.

The basal bodies in algae are important in organelle distribution through cytoskeletal organization. The model organism C. reinhardtii has 4 basal bodies that it utilizes in interphase: two mature basal bodies associated with flagella, and two nascent or pro-basal bodies. Each of these basal bodies has one of two types of fibrous structures: centrin-based fibers and microtubular roots.

The mature basal bodies contain two microtubule roots containing the protein α-tubulin in its acylated form and arranged in a pattern characteristic to C. reinhardtii. The two mature basal bodies are connected by nuclear basal body connectors (NBBCs), which are fibrous bundles.

The positioning of basal bodies throughout the cytoskeleton limits, in turn, the number and means of cilia and flagella co-ordination. This is problematic, as correct synchrony is required to allow the propulsion of cells in a directed manner. Moreover, neighboring cells that share a limited fluid environment must interact hydrodynamically as well as limit their cilia movement to satisfy the constraints placed upon them.

Hydrodynamic interactions describe the initiation of long-range effects produced by one body in a fluid that subsequently affect the global properties of the fluid, to influence the behavior and movement of other bodies sharing the fluid space. In addition, bodies may reciprocally alter their movement in response to local and long-range changes in the fluid. Evidence of ciliated and flagellated species experiencing this phenomenon comes from the colonial alga Volvox.

It is a multicellular organism that is comprised of large germ cells (interior-positions) and flagellated somatic cells that occupy positions on the Volvox surface. They are orientated away from the anterior-posterior axis to enable propulsion of the Volvox in a directed manner.

When these somatic cells were isolated from the germ cells and paired, they could synchronize their movement patterns despite initially demonstrating their own distinct patterns of movement. When the cells beat in a parallel fashion, their strokes were in-phase, and out of phase when the strokes were anti-parallel.

The degree of synchrony decreased with increasing distance, which agreed with the predictions of hydrodynamics. There are several models that describe how this phase-dependent synchrony arises, and these rely on the recognition that axenomal dyneins are affected by the mechanical forces and hydrodynamic loading.

The synchrony that was observed for the Volvox species was not recapitulated in Chlamydomonas. In this species, the fibrous connections within the flagellar apparatus provide a means to couple different components, such as between microtubule doublets. This is evidenced by mutants whose flagella locations and orientations are aberrant.

No in-phase synchronous strokes occurred, demonstrating the role of internal coupling in co-ordinating bi-flagellate (two flagella) strokes. In the absence of intracellular coupling due to mutation, and when three flagella are associated, the co-ordination reverts to hydrodynamic interactions. This results in in-phase synchrony between pairs beating in-parallel and out-of-phase to the third flagellum.

Cilia and flagella in simple eukaryotes are simultaneously used to sense and move through their environment. This is problematic when cells need to change direction, as asynchronous movements are necessary in order to generate the correct torque necessary for changes in angle.

In C. reinhardtii, propulsion in a directional manner is accomplished by asymmetric frequencies of movement of the two flagella. Each is termed cis or trans, depending on the distance each flagellum is from the photosensor. Despite each cell showing identical morphology and length, the basal bodies differ.

The cis basal body is new, formed by mitotic division, while the trans basal body is located away from the parent cell. As a result, the trans flagellum beats faster, and has an attenuated (gradual loss of intensity over distance) waveform. Therefore, this semi-conservative basal body duplication underpins cell asymmetry, which confers directional changing properties on the organism or motile cell. This further suggests that the frequencies of beating are dependent on the generational age (parental or new).

This is evidenced by the decoupling of each flagellum to examine the intrinsic beating dynamics of each and subsequent separation by cell-induced scission. The generational age is speculated to be due to the selective inclusion of signaling proteins, which can be seen by their difference in Ca2+ sensitivities (Ca2+ is commonly employed in signaling transduction pathways). In normal cells, the intrinsic amplitude and frequency differences between the cis and trans flagellum are assumed to be suppressed so as to maintain synchronous beating.

Cilia and flagella in eukaryotic organisms fulfill a motile function that encourages the evolution of specialized jobs to fulfill their role. As such, they exist in diverse biological systems but employ the same conserved basal body and axonexome structure. The study of cilia across different species, varying in size and context, demonstrates conserved function. This has also allowed the relationship between ultrastructure and cilia and flagella-based motion to be revealed.

Multiple cilia co-ordinate their movements by intracellular coupling as in the Volvoxspecies, or through hydrodynamic interactions as in with Chlamydomonas. These passive hydrodynamic interactions can result in synchronous or asynchronous stroke patterns. In multicellular eukaryotes, the mechanisms are more complex. For example, in the mouse trachea, the alignment of basal bodies is independent of the apical cytoskeleton.